Revenues from companies operating in the gambling and betting sector will continue to grow in 2020 to the level of 12 billion lei, after advancing by 15% in 2019 compared to the threshold of 9 billion lei registered in 2018. 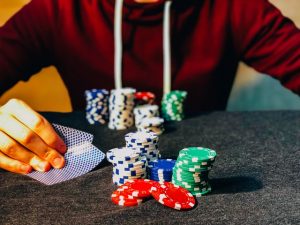 The growth is all the more spectacular as its speed continues to accelerate. Thus, compared to the previous year, in 2018 the registered revenues increased by over 11.4%, with a percentage point higher than the increase in 2017 and by 0.3 percentage points more than the one registered in 2015. The highest increase in the percentage remains in 2016 when revenues increased by over 17% compared to the previous year. In absolute values, the year 2018 brought revenues by approximately 1 million lei higher compared to 2017, according to Termene.ro.

“As the value of a domain increases, the percentage with which it does so begins to decrease to the point where it stagnates or even becomes negative. The fact that the growth speed of the profile industry remains high is an indication that in Romania the field of gambling and betting has not yet reached its maximum potential “, said Adrian Dragomir, founder of the Termene.ro platform.

More spectacular than the increase in revenue generated by these companies is the advance of the profits they make. If in 2013, the total profits generated at the national level were approximately 166 million lei, in 2018 they increased more than 5 times, exceeding the value of 838 million lei. A direct effect of the growth of the main financial indicators of a company (turnover and profit) is the advance of profitability. Thus, if in 2013, a company in this field earns 3 lei for every 100 lei collected, in 2016 the amount doubled reaching 6 lei (an increase of 3 lei) and in 2018 it increased to 9 lei (another increase of 3 lei).

Although the profits increase spectacularly, over half of their amount (approximately 500 million lei) was generated by companies controlled by investment funds based outside Romania. Thus, although the field generates a high profit, more than half of it is directed outside Romania’s borders.

Unlike previous financial parameters that have improved significantly, the same cannot be said about the speed of debt repayment. This indicator calculates the average number of days a company in this industry pays its debts (regardless of their nature). If in 2017 this indicator decreased, reaching an average time of 78 days, in 2018 it returned to the trend of recent years – the growth reaching a record time of about 97 days.

When a company becomes more profitable it is a sign of entrepreneurial maturation but this is not visible in the case of payment behavior which (at the level of activity) has a constant trend of deterioration. Whether it is financial institutions, suppliers, or customers (winners), they have to wait longer and longer until they collect their receivables, which generates a domino effect at a macro-economic level “, shows the Termene.ro analysis.

The fact that in the context of the constant increase of the speed of payment of debts, the share of companies at risk of entering insolvency is in continuous decrease, brings back again the concept of payment behavior. Thus, without generalizing, there are premises to believe that at least some of the companies in the field have the financial possibility to speed up the payment of debts but for various reasons they do not do this. In this regard, RedBill is the tool that can support companies in assessing this risk and acting accordingly. Through RedBill, the Office of Uncollected Invoices, you can report customers who have not paid their bills on time and who help you recover money for uncollected invoices.